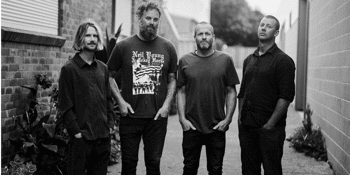 The Heritage Hotel, Bulli (Bulli, NSW)
Saturday, 13 August 2022 6:30 pm
5 days away
18 Plus
Adult
Music
Blues
Send this event to
You heard his powerful, show-stopping voice on screen with this year’s season of ‘The Voice’ and now you can catch him live yourself. After turning all 4 judges chairs around, Shaun Wessel is ready to turn venues across the country into his stage as he fronts a tour around the country with his band Tall Shaun and The Resolution Blues.
Hailing from the South Coast of New South Wales, Tall Shaun & The Resolution Blues offer a brilliantly robust & entertaining sound that explores the depths of blues, roots, soul, alternative & surf rock themes in a way that is uniquely their own. Led by Shaun’s bold, soothing, raspy vocals that draw parallels to the tone & textural qualities of iconic performers Josh Teskey (The Teskey Brothers) & Caleb Followill (Kings of Leon), you’ll be drawn in by the vocal display and stay for their dynamic full set.

The ties to big name bands of brothers extends beyond their sound and into the energy of their live sets. What began as a group of dads holding jam sessions as a creative outlet became a natural exploration of chemistry that’s evolved into a balanced and colourful catalogue of original songs written to be performed live. The gigs are really starting to roll in and now is your chance to see them live before the EP release later this year.